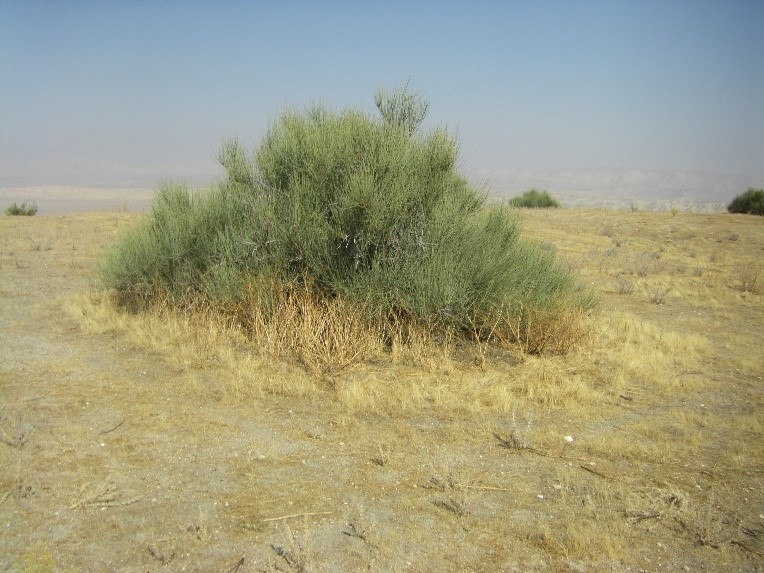 We have had an eventful 2018 so far, and ask for your continued support for our conservation programs in the Carrizo Plain. Here are the highlights.

Adding (Again!) to the National Monument Through The “Section 14” Project In the last year CPC has acquired by purchase or gift five parcels of land in the middle of Carrizo Plain National Monument (Section 14, Township 11N, Range 26W). An area of Section 14 possesses excellently preserved native vegetation and occupies about 120 acres that was subdivided many years ago, with lots ranging in size from 1/6 acre to 20 acres. About a quarter of the area is already conserved, and the site shows promise for more complete protection. The existence of the old subdivision spared this acreage from being cleared for agriculture, so it stands as a sort of reference area for what was once there. A letter will be sent to the 50 or so landowners in that area, asking them to consider the donation of their properties (which are not really developable) to add to the conserved acreage. The goal is to ultimately transfer the lands to BLM for incorporation into the Monument.

There are several other old subdivisions within the Monument that are also suitable for “Section 14” like solicitations that we are investigating, too.

CPC has sent a letter to the BLM Bakersfield Office offering to donate five Section 14 parcels along with an additional 12 parcels of land (for a total of 17) within Carrizo Plain National Monument, which range in size from 1/6 acre to 105 acres (and total about 140 acres, as most of the lots are small) for inclusion into Carrizo Plain National Monument. The parcels were all purchased with private donations from local individuals and a grant from the Oakland-based California Wildlife Foundation, or were donated as gifts, and demonstrate the continuing interest and dedication of citizens to the Monument and its permanent protection.

Partnering for KIT FOX with California Department of Fish and Wildlife CPC continues a successful partnership with the California Department of Fish and Wildlife (CDFW). In November of 2017 CPC acquired a 160-acre property along Highway 58 that is considered excellent San Joaquin kit fox habitat, and is in the process of fencing the property and transferring ownership to CDFW.

We have also just closed escrow on an adjacent 320-acre property  with the same intention. Together with other adjacent lands already owned by CDFW, these acquisitions will create a 900-acre kit fox preserve in the northern part of the Carrizo Plain. We are excited by these opportunities and look forward to further consolidation of this sanctuary.

The Fourth Carrizo Colloquium was attended by almost 60 Carrizophiles this past May at the San Luis Obispo City-County Library Meeting Room. Subjects explored include:

Goodwin Ranch House and Grounds In what may amount to a seminal change for our organization, CPC is working with the Nature Conservancy of California on a plan to transfer ownership of the historic Goodwin Ranch house and grounds from the Nature Conservancy to CPC and to “repurpose” the house as a base for research workers working on projects in Carrizo Plain National Monument and nearby, and as a venue for events celebrating the Monument. This will set new directions for CPC and we believe will give the organization a much higher profile

in the area. Our consulting architect, Cal Poly professor Ken Haggard, has prepared a conceptual plan for the house to accommodate this change in function. Ken reports that the house is in very good condition considering its age and will not require any significant structural repairs or reconstruction to accomplish that effort.

Las Piletas Ranch. And there always has to be a bright star on the horizon, one that you can go after, even if it is a long shot. In our case, that is the beautiful Las Piletas Ranch, a 13,570-acre ranch connecting the Carrizo Plain with Los Padres National Forest.

Containing oak woodlands, wetlands along the San Juan River, extensive grasslands and even some dryland agriculture, the property is on the market for $17,250,000, but hey, what’s a few bucks? We are working with several other conservation organizations, including the California Department of Fish and Game, Trust for Public Land, California Wildlife Foundation, Bill Gates Foundation, and Sequoia Riverlands Trust in an effort to pull together the funds to purchase all or part of the property, and place a conservation easement on its entirety. One approach that shows promise is to purchase the property in two pieces; as can be seen from the accompanying map, the ranch is divided by a 5,000-acre area of public land known as Freeborn Mountain; the area to the east is on the northwest corner of the Carrizo Plain and is home to pronghorn antelope, San Joaquin kit fox, and (recently arrived) giant kangaroo rats, whose range appears to be moving north and west in the area. We are looking very carefully at this possibility, with a second purchase of the western portion of the ranch to follow.

Please support these conservation efforts in the Carrizo Plain!

We need your continued help and support to continue to move forward on these and other projects in the Carrizo Plain. Please send your contribution–$25, $50, $100, or whatever you can afford–to Carrizo Plain Conservancy, P.O. Box 274, San Luis Obispo, CA. 93406, or here. (insert live link…) http://www.carrizoplainconservancy.org/index.php/ways-to-give)

Thanks to all of our recent supporters, who helped make the above events a reality: