Can you imagine the Carrizo 500 years ago? Predators like the grizzly and wolves feeding on elk and antelope herds and condors scavenging the remains, then returning to their lairs in the surrounding mountains. The lands surrounding the Carrizo, both public and private, help support healthy wildlife populations on the Plain. For example, golden eagles and condors nest in rock formations in the Caliente and La Panza mountains and fly out to hunt across the Carrizo. The ecological services these birds provide help the Carrizo ecosystem function properly and they need a large landscape to survive. 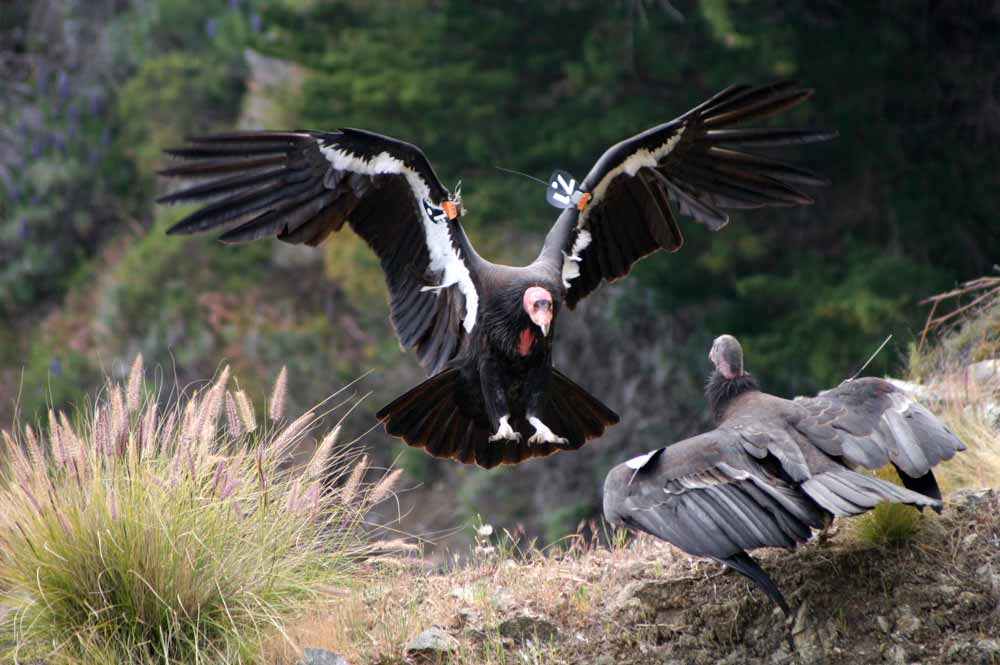 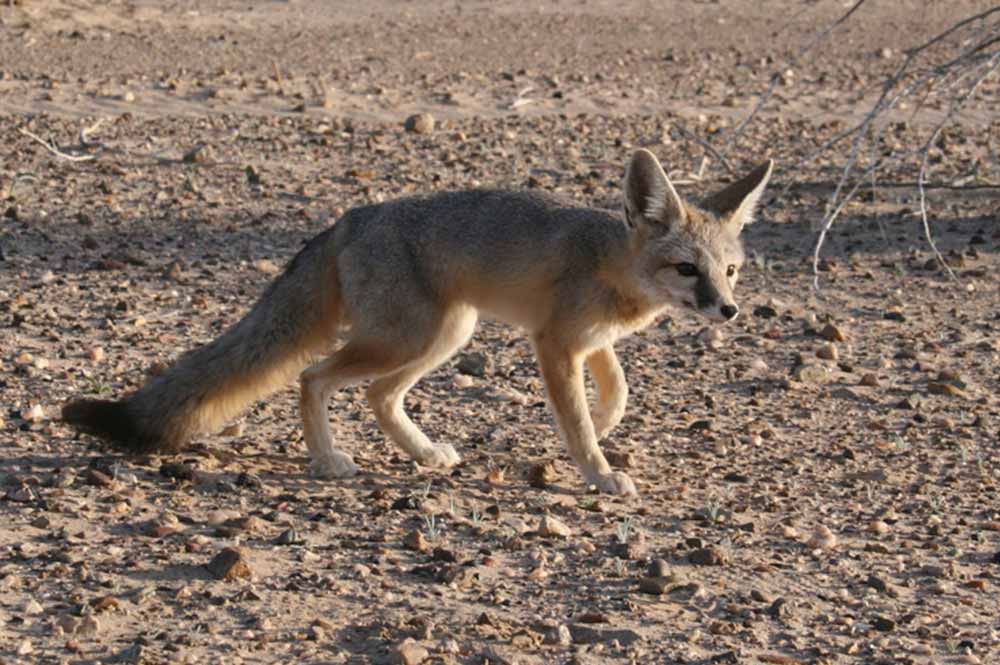 Maintaining connectivity among these habitats is crucial so that individual animals and their genetic information can move across the landscape and adapt to seasonal and long-term changes in climate, predators, food sources, and disturbance.

The Carrizo’s patchwork of private working landscapes, solar farms and public and private conservation lands make it a large but somewhat fragmented nature preserve. A diversity of different habitats still persist which makes it possible for wildlife to accommodate disturbances such as drought, fire, disease, or climate disturbance. The Conservancy is actively securing connectivity to restore a higher degree of ecological function as existed in the past.

The Carrizo Plain supports one of the largest remaining populations of San Joaquin Kit fox and provides critical habitat corridors among the core habitats and other remnant habitats for this species. The key linkages are to habitat to the north, along Bitterwater Road and to the Kettleman Hills, and south along the Temblor Range to patches of habitat in the Lokern Natural Area, Buena Vista Valley, and Elk Hills. 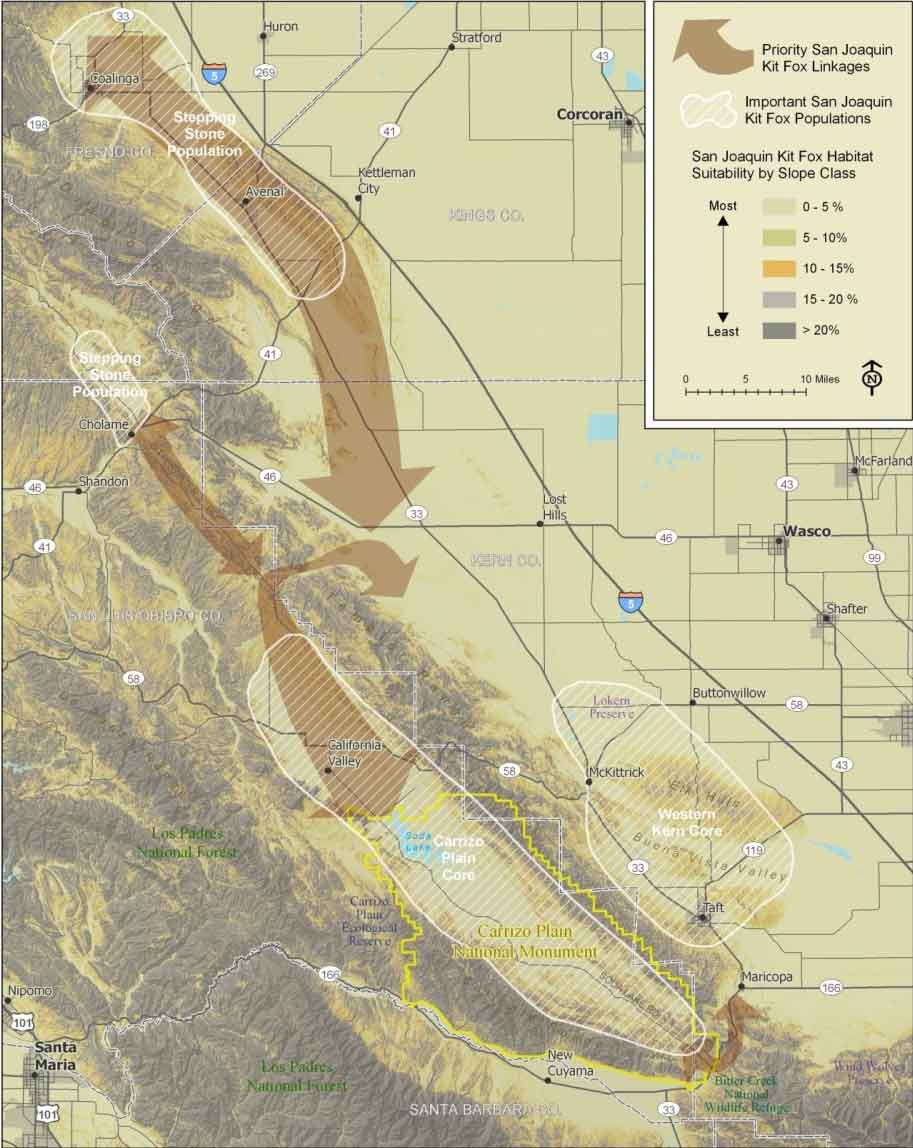